The Real Betis Balompié football club completed the reconstruction of its stadium, the ´Benito Villamarín´ , with the help of three COMANSA 21LC290 tower cranes, currently replaced by the improved 21LC335 model. The cranes were used for building the last stands to be completed as part of the renovation work carried out between 1998 and 2000, for which three COMANSA cranes were also used.

Project completion: 2017
Construction company: Heliopol
Key partner: Eleva Grúas Torre, a rental company based in Seville, which supplied the cranes on site and was responsible for the assembly, dismantling and maintenance work. 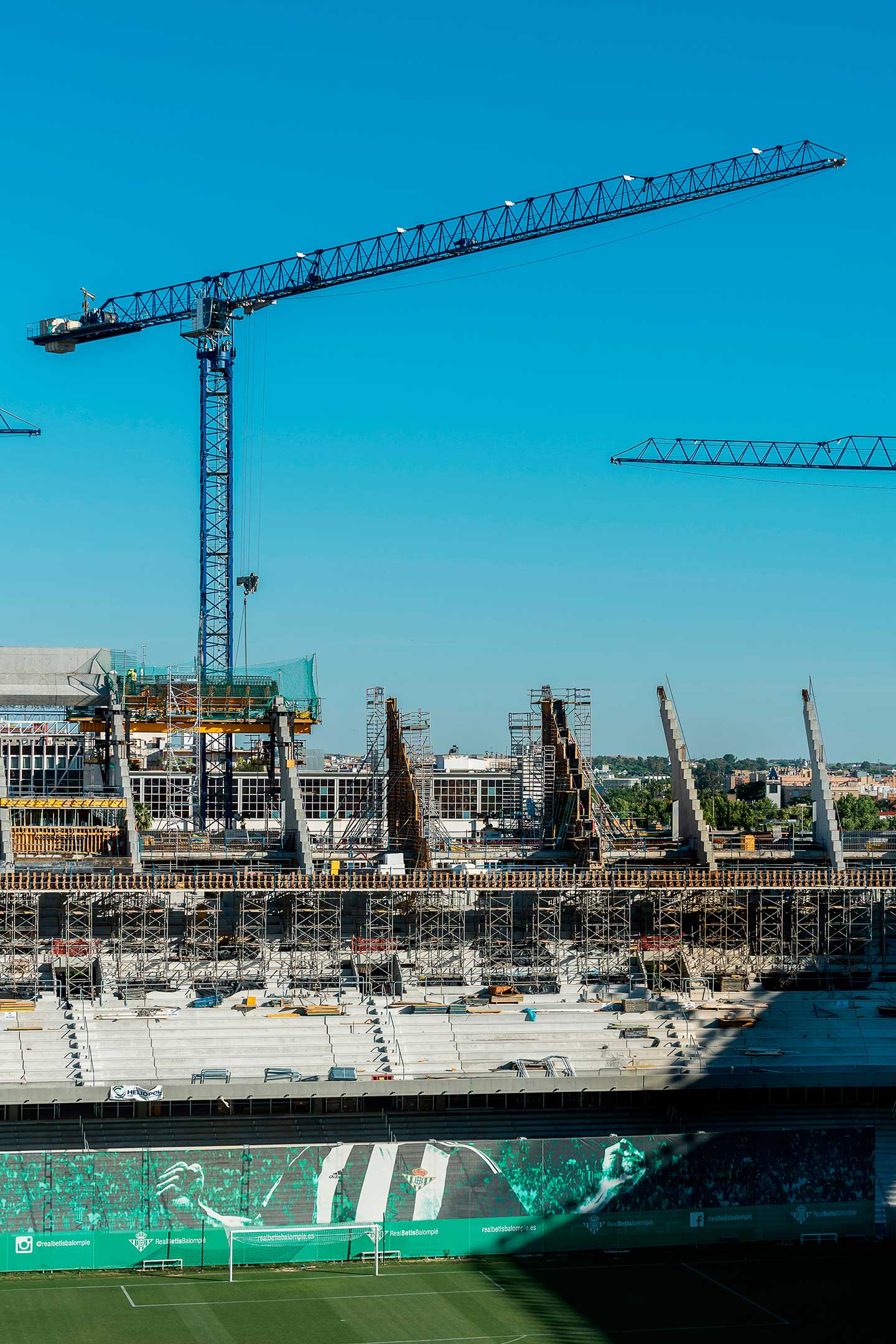 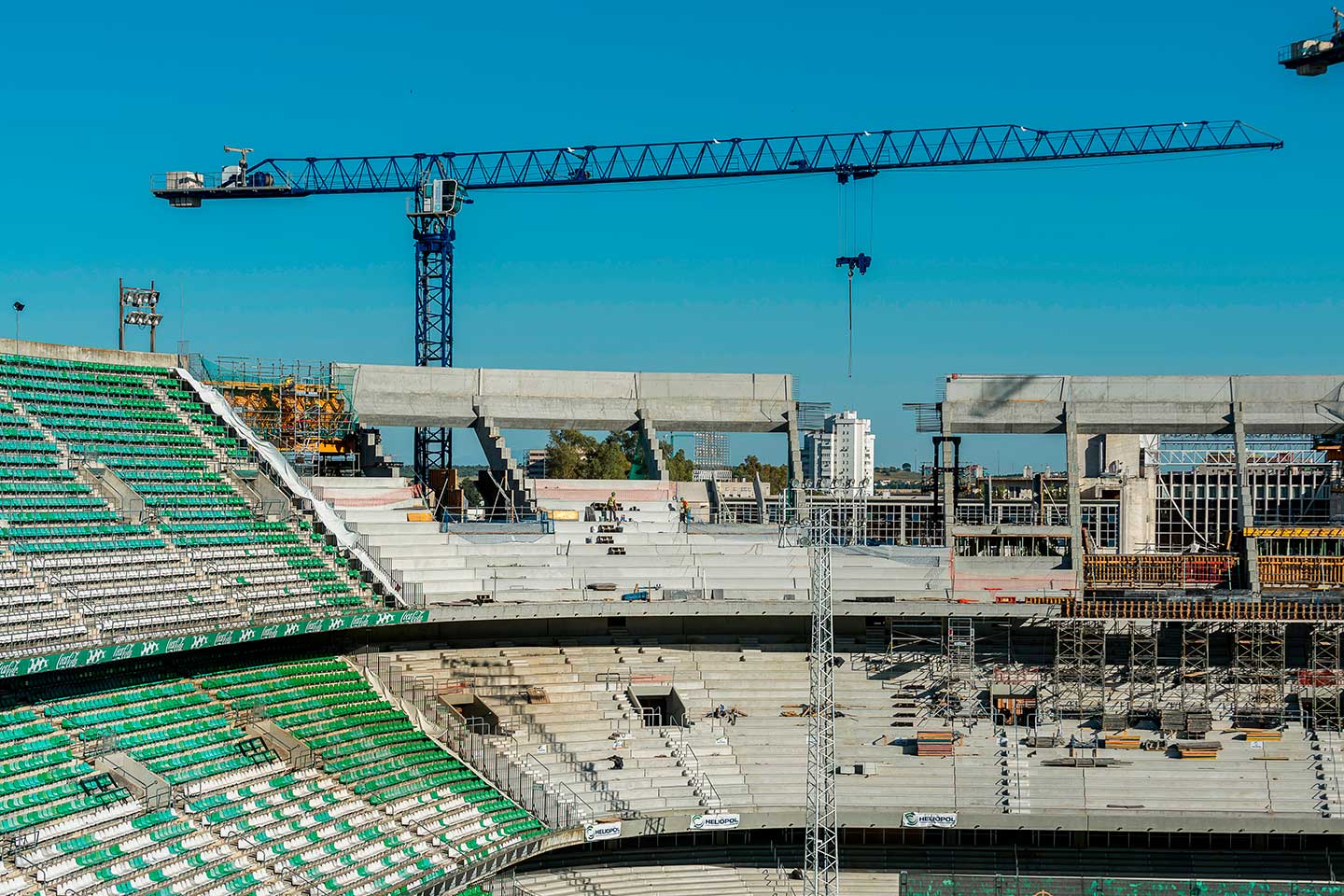 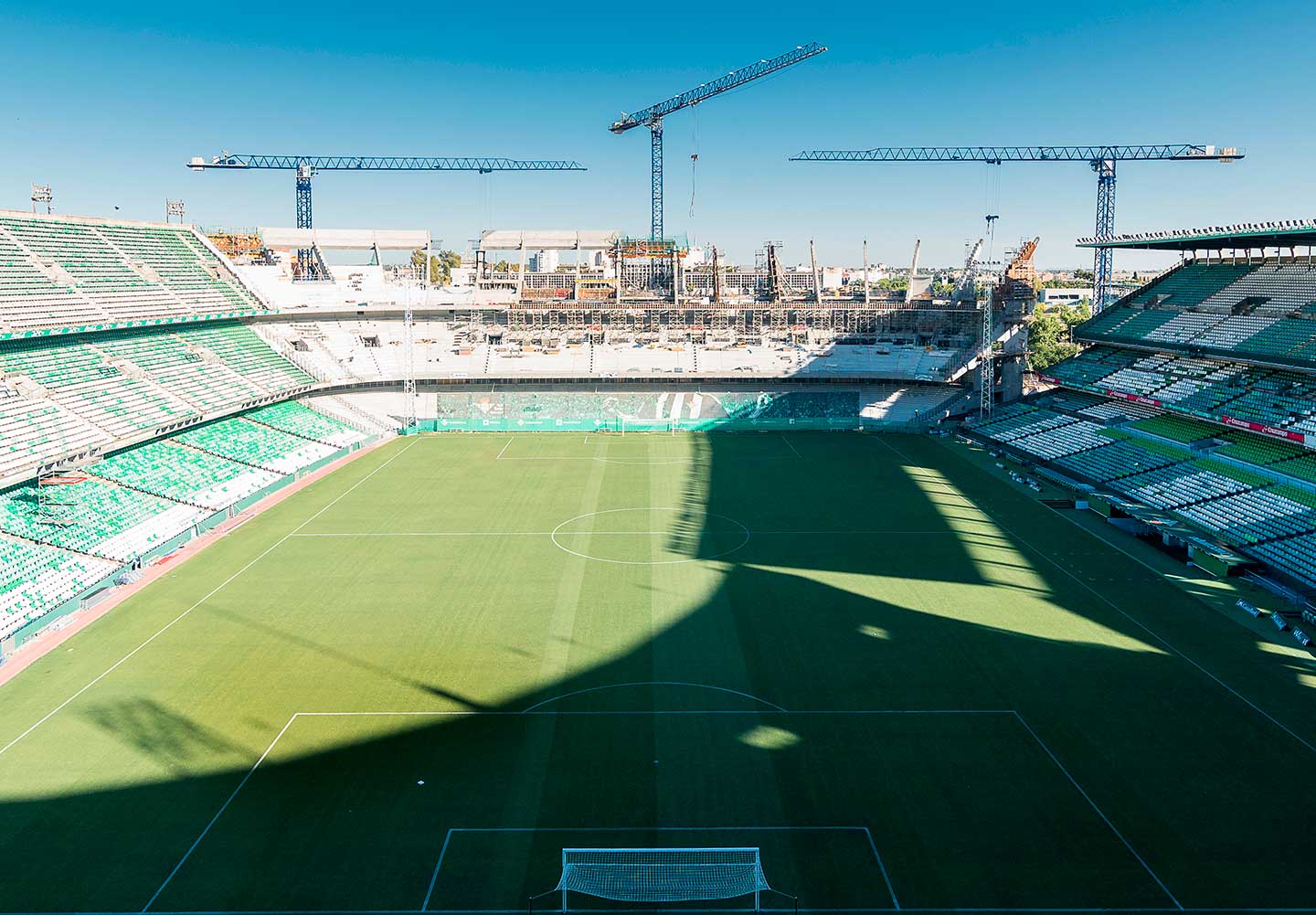